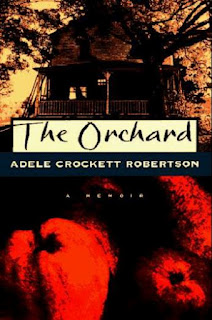 When Adele was a young woman in the 1930s, in the midst of the Great Depression, her father died, leaving debts that had to be paid by his survivors. Her father had been a doctor with a profitable practice until the hard times of the Depression. But in better times, he had purchased a small farm near the sea and had established an orchard with apples and peaches. His plan was to retire there and live on the profits from the orchard. But he died before he could do that and his family has decided that the farm must be sold. But Adele talks them into letting her take over the farm for one year to see if she can make it pay. And if she can't then she will agree to let it be sold.

So she takes on the responsibility of caring for the orchard and getting the crop to market. It requires a lot of hard labor, as the place had been neglected the past few years due to her father's declining health and shortage of cash. But Adele had some small savings of her own and used it to pay for the farm expenses and get the interest payments on the farm's mortgage caught up.

And she was successful. But battling the vagaries of the weather, fighting to obtain a fair price for her produce, and the massive amount of work required to maintain even her small orchard took their toll. However, the final straw was simply lonelinss. She realized that the farm life was too isolated for her. So she caved into her relatives and to the bank and let the farm be sold and divided up into housing lots for vacation cottages.

I had read this book before, but even so, I enjoyed reading it again. The author really struggled but she did a tremendous job getting the orchard in good shape. But between the weather and the loneliness, she had to admit defeat. There were so many things against her too, besides the vagaries of farming. The mortgage on the farm was a burden and the bank was threatening to foreclose. Also, the farm house was old and primitive as was the farm and the equipment. It all needed to be updated. Due to the fact she didn't have a heater in the apple storage, she lost a bunch of her crop to a bitter cold snap. It was just one thing after the other and it was all on her back. She made a gallant stand but had the grace to admit that it was too much for one young woman alone. It's a tremendous story, sad but still inspiring. 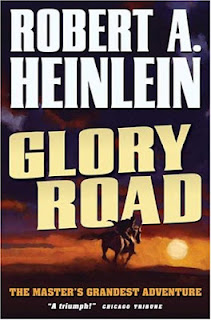 E.C. Gordon was kind of at loose ends when he saw an interesting ad in the paper that began: "Are you a coward? This is not for you." Long story short, and because of a beautiful woman, E.C. joins the woman and her assistant on a mission on another world. They will battle monsters and alienate the locals and get into misunderstandings with each other and E.C. gets to be the strong, leading man who comes to the rescue of the "damsel" in distress. But as E.C. finds out later, his true love isn't really that much of a damsel, no matter how much she may look like one.

I read this book because it was recommended to me, but it is not a book that I would recommend to anyone else in return. It is not amusing, which I was hoping it would be, and as far as the adventure goes, it doesn't stack up to other books in the genre. I also found the premise that E.C. was the only guy in all the known universes who could accomplish the mission to be rather unbelievable. And finally, I didn't care for Heinlein's hero beating his lover's butt when she does something he didn't like. I found it dismaying, condescending and stupid. I know the author was a creature of his time, but that kind of sexism in a novel is just off-putting.