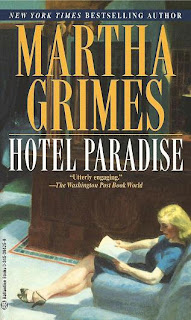 Emma is a girl alone, even though she lives in a hotel owned by her family and even though she has to help out in the kitchen and dining room every day. Only twelve years old, her work keeps her busy and she has no close companions, not her mother, not her father (who left years ago), not her brother, not the other girl who lives at the hotel and who Emma frankly hates. So it is not surprising that she latches onto a mysterious death that occurred forty years ago. Twelve-year-old Mary-Evelyn, wearing a lovely party dress, climbed into a leaky row boat at night, rowed out into the lake and drowned when the boat sank. Her family didn't report her missing until the next morning.
There are many unanswered questions about Mary-Evelyn Devereau and her strange family. And since Emma doesn't have much else to occupy her mind, she gets caught up in investigating this old death. The mystery deepens when a woman is found dead, possibly murdered, a woman who it seems has a connection to the long-gone Devereaus. Plus Emma is also intrigued by a brief glimpse of a young woman who bears a strong resemblance to one of the Devereau sisters. So Emma musters her resources and starts her investigation by interviewing the local oldsters, one of which lives at the hotel, Emma's own irascible, alcoholic great aunt Aurora.

This started out to be a very interesting read but, about half way through, I wanted it to be finished, as I was getting rather tired of it. I think my main problem with it was that I was thinking I was reading a murder mystery and I kept waiting for the crime to be solved and the mysteries cleared up. Some are cleared up, most are left pretty murky, including the mysteries surrounding Emma herself. So, even though I was disappointed by the book, I still think it was a worthy read, just for the chance to enter Emma's odd world. I think I would like to read more about Emma, see how she copes with the difficulties in her situation. 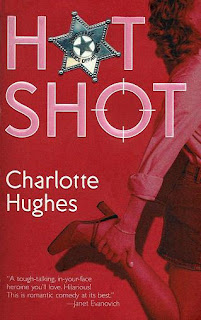 Detective Frankie Daniels finds herself in disgrace after her affair with a fellow officer and married man is made public. So when she is offered a position with a police force in a different town, she decides to accept it. So that's how she ends up in Purdyville, South Carolina, a small rural community with not much going on, at least compared to where she used to work, Atlanta.
One of the first things she does on her arrival in Purdyville is get in a brawl with one of the local punks and also, without knowing who he was, get into a spat with her new boss. Plus the house she had just rented burned down. She is feeling very disgruntled with everything and has quickly decided that Purdyville is not for her and that as soon as she can manage it, she is moving on. But her new boss, Sheriff Matt, is pretty sure that Frankie is just what his police force needs, not mention what he needs too.

I don't know, I just don't buy these tiny tough-guy female cops who are able to drop a man who probably outweighs them by 100 pounds. Plus I thought Frankie was unnecessarily belligerent. And I didn't care for the sex scenes (which I skipped) between her and the sheriff. And the plot wasn't a real attention grabber either. I'm not going to say it was a bad read, but it didn't appeal to me. 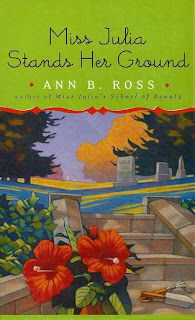 By Ann B. Ross

Miss Julia is an older woman who has had to deal with some tough issues in the past. After her husband died, leaving Julia a wealthy widow, she discovered he had a secret life, when his lover and their child showed up at Julia's door. Then another will appeared that would have left Julia without any money at all. But Julia managed to cope and triumph, and even to find new love with a new husband. And she even brought the dead husband's lover and her child into her home to live, despite the objections of many in the community.
So now Miss Julia can sit back and relax and enjoy life a little. Or not. Because trouble is knocking at her door again in the form of that pesky Vernon Puckett who is still conniving to get his hands on Julia's dead husband Springer's money. He claims he has proof that Little Lloyd is not Springer's child and he has also brought along a man who is a dead ringer for the dead Springer  and he says he is Little Lloyd's true father. But Miss Julia is no push-over and she will do whatever it takes to keep her new little family together.

I hadn't read a Miss Julia story before I read this one but despite that the story was fairly easy to follow and the author did take quite a bit of time to recap past history, which helped a lot.  Miss Julia seems to overreact a bit when problems arise, but she is still an interesting character and not above using her position as creditor to many of the town's prominent citizens to blackmail folks into doing what she wants. That's kind of despicable and unscrupulous, except she only seems to use her power for good, making her friends and neighbors treat her dead husband's lover and his child with the same courtesy and consideration that they give to Julia.  Anyway, it makes for a fairly interesting story, with a pretty predictable outcome in the end.