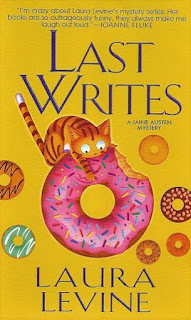 Jaine has a new job as a comedy writer on a sitcom, thanks to her friend Kandi. Kandi is also working as a writer on the sitcom, having quit her previous writing job.
Now that Jaine is on the job, murder is not far behind. The teenage star of the show is caught having sex with the man who plays her uncle. This actor is soon revealed to be involved with nearly every female at the studio, including Jaine's friend Kandi.
Having broken so many hearts with his fling with the teenager, it is no surprise when he ends up poisoned. Too bad for Kandi that she was overheard threatening to kill him. Now she is suspect number one. Of course Jaine is not going to let her friend go to jail without trying to discover the real killer.

This was an OK read. Jaine's character still can't pass up any sweets that cross her path, a fact that she laments all the time. It was kind of cute and funny in the first two books I read. But a bit of a tired joke the third time around. Honestly, the amount of food and drink Jaine packs away in this story, she ought to weigh over 200 pounds instead of being, I'm guessing, a size 12.
Anyways, it was an fair read with kind of a weird ending. Slightly amusing but not laugh-out-loud funny. 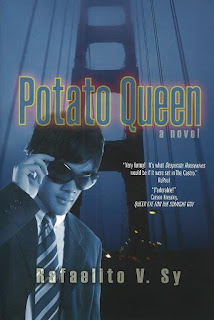 Juancho is an immigrant from the Philippines. But unlike a lot of immigrants, he is not escaping poverty. He grew up in a mansion with servants. He attended the best schools and went to college in the States. After college he got a job working for a travel agency that specializes in tours of the Far East. He parents love him and his siblings are successful in their own right.
So why has he left his family and settled in San Francisco? As he explains at the end of the book, "I would rather be alone in America than to be a freak in my own country." He says that in the Philippines, homosexuals are perceived as, "aberrations of nature no different from Barnum and Bailey's circus of freaks."
Juancho knew from a young age that he was attracted to men. His first crush was the maid's boyfriend, James Cagney Alejandro. The boyfriend was half-American and had fair skin. Ever after, Juancho would be attracted to white men. Thus the title of the book, Potato Queen. As I understand it, which I admit is not well, a potato queen is an non-white male attracted to white, European-looking men. Where a rice queen is a white man attracted to Asians, especially to young, boyish Asians.
Juancho longs for true love. But every man he thinks is the beginning of something wonderful turns out to be just a one-night-stand. Gerald, the man he becomes closest too, isn't interested in continuing their relationship beyond friendship. He and Juancho spend a lot of time together, they go on hikes, they go to the gym, they meet friends for dinner and they go clubbing together. But Gerald won't take it any further.
The other men Juancho falls hard for also are not interested in anything beyond casual relationships. They seem happy to be with him for one night and then move on. Poor Juancho is left heartbroken, yearning and lonely.

I knew this story had gay characters. But I bought it because the blurb on the front said, "Very funny! It's what Desperate Housewives would be if it were set in The Castro." And "J'adorable!"
I found it to be neither funny nor adorable. That doesn't mean I disliked it though. I totally identified with Juancho's feelings as he chased after the ever-elusive lovers. His doubts and questions were so familiar to me, as a straight woman. Love makes fools of us all, no matter our sexual orientation, I guess.
There is a lot of gay sex in this book, but it is not explicit. It is touched upon but not in pornographic detail. 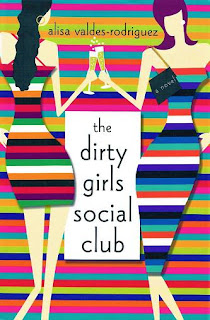 It's not really a club. It's just a group of women who became friends in college and still keep in touch even though they no longer live near each other.
Lauren writes a column about her ordinary life for a Boston newspaper. She has a boyfriend, but she suspects he is unfaithful. She is bulimic and tends to drink too much.
Usnavys is successful and self-employed and loves the finer things in life. Her serious boyfriend is the opposite and never seems to have two pennies to rub together.
Sara is the devoted wife and mother but seems unable to accept the truth about her husband, an abusive brute who ends up putting her in the hospital and causing her to lose her unborn baby.
Rebecca is the successful owner of a magazine for women. She is also unhappily married when a handsome and available new man enters her life.
Together they are the dirty girls and together they help each other cope with the ups and downs of just being alive.

This was an OK read. Kind of boring at times. Predictable too. 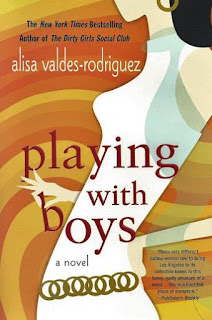 Sometimes things just come together. It did for Alexis when she met two strangers. One was an unemployed actress and the other was a writer with a story that needed to be told. And Alexis was just the one who could bring these two together and change all three of their lives for the better.
The actress, Marcella, is beautiful, talented but has been stuck playing the hot Latina rolls. Rolls she is getting too old for and that no longer appeal to her.
The writer, Olivia, needs to tell the story of her father's murder by the Salvadoran death squads. But she is a beginner writer and Alexis is just the professional she needs to bring her vision to the world.
As for Alexis, she manages a Mexican pop band and she is itching to start her own management company and Marcella and Olivia are just the people she needs to stretch her wings. Together, the skies the limit.

This was a pretty good read. Alexis is the main character, and she has the typical romance novel love story where the girl is involved with the wrong guy and that guy treats her badly and then she finds a new guy but the new guy is either taken or oblivious but eventually he wakes up and discovers his true feelings for the girl. The usual.

Review from Kirkus Reviews.
Posted by Leesa Dee at 3:29 PM No comments: 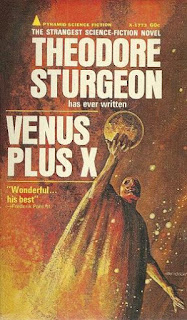 Charlie Johns woke up to find himself among people who looked human but preferred to think of themselves as the next step beyond homo sapiens. They call themselves the Ledom. They appear to be neither male nor female. But as Charlie Johns finds out, the key word is appear.
They live in peace and harmony and close to nature in an enclave hidden from the rest of the world. They are not aliens, they are fully human, but they live a lifestyle alien to accepted norms. They have set themselves aside in an attempt to create a society free of war and division and hate. Any their ultimate goal is to renew humanity when the rest of us manage to destroy ourselves.
But what are the Ledom, really? Charlie is charmed by them and agrees to help with their little project. They claim to have brought him there to weigh them in the balance and give them his true impressions of what they have created and of their genderless society. But Charlie senses he is not getting the full truth of the matter. And then he happens upon a little hidden family of Ledom: two fathers and their grown daughter. And the lie is exposed. The Ledom are not natural hermaphrodites. They are surgically altered to become so:

—of the knives and needles stitching a manmade and inhuman newness into the bodies of babes.

The story is interspersed with flashbacks to a group of regular Americans living their everyday lives with their kids, their jobs and their friends, a sort of contrast to the everyday lives of the Ledom.

What a boring story. The Ledom are boring. The regular folks back home were boring and their story was pointless, came across as filler to make the book longer. The big surprise at the end, that the Ledom were not a natural mutation but were the result of surgical intervention wasn't surprising or shocking.
What the author totally fails to address is where do they get all those grafted uteruses? One assumes from female babies. So what happens to those baby girls after their uteruses have been removed? The Charlie character is more outraged at boys with grafted uteruses than he is at the probable murder of every female baby born to the Ledom males. Oh, and he is also upset about men loving men.