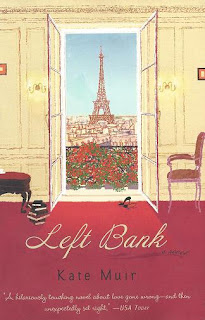 Olivier and Madison are a Paris power couple with a young daughter, Sabine. Madison is a beautiful, tall movie star and Olivier is a famous author and philospher.
As a special treat for Sabine, they take her to an amusement park, something like the Paris Disneyland. Part of the reason for the treat is that Madison and Olivier have not been getting along well and little Sabine has been stressed because of all the tension in the home. But while waiting to go on a ride at the park, Madison and Olivier begin to argue and Sabine goes off on the ride by herself and vanishes.
Naturally, being rich and famous, the two parents assume the worst, that Sabine has been kidnapped.
At this point, the story leaves the distraught parents and delves into the events leading up to this moment. We start to learn about the home life of Madison, Olivier and Sabine.
Madison, who is from Texas, is aging and concerned about maintaining her looks. She also desires to be the classic Parisian wife, whatever that is, and wants to set up her own "salon." (It's a social gathering, kind of like a cocktail party? I don't really know.)
Olivier is a horndog, something Madison suspects but doesn't know for certain. He chases after all the young, pretty women who cross his path, including the new nanny, Anna. He also enjoys being famous and being known as an intellectual. He thinks he is a deep thinker but he's really quite shallow.
Anna is from Britain but her father was French. He abandoned his British family when Anna was a kid and returned to France. But because of him, Anna is fluent in French and came to Paris to work and (maybe) try to locate her estranged father. When Olivier comes sniffing around, she doesn't have the moral fiber to send him packing and falls into an affair with him.
Sabine is used to being cared for by outsiders. Before Anna came to take care of her, she was cared for by the housekeeper Luiza from the time Sabine was a baby. But like any child, however much she may love her caretakers, she still craves the attention of her parents, both of whom are too busy to spend much time with her. Olivier tends to be indulgent with Sabine and Madison tends to be a bit harsh, and nags Sabine about what the child eats.
After the Sabine kidnapping crisis is resolved, Madison takes stock of her and Sabine's lives and makes some drastic changes, changes that she hopes help her child have a happier and less stressful life and will also help Madison herself have a happier and less stressful life. But will the changes benefit Olivier?

At first, I didn't care for this story because of the ickiness of Madison and Olivier. Olivier cheats on his wife and Madison is self-absorbed. Even the secondary characters are unappealing. Anna has an affair with Olivier and Luiza is hostile and unfriendly. And poor Sabine is a bit spoiled. (It's easier for her parents to buy her presents than it is to actually spend time with her.)
But when Madison takes stock of her life after the crisis with Sabine, she starts to become less of a caricature of an aging actress and more of a real person, more sympathetic and relatable. And that is when I really started to enjoy the novel and care about the characters. 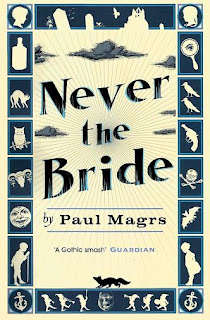 Brenda is a bit different. She has no last name. She is very much older than she looks. She doesn't seem to have any old friends or any relatives. Her past is murky. But she loves running her little bed & breakfast in the British seaside resort town of Whitby.
Brenda's best friend is her next door neighbor, Effie, who runs an antique shop out of her house. Even though Effie is her best friend, they don't intrude on each other's privacy, which Brenda really appreciates. So hard to answer those awkward questions.
A new addition to Whitby is The Deadly Boutique. It's a day spa that gives its customers remarkable makeovers. Effie and Brenda first become aware of it by the extraordinary change in their server at the Christmas Hotel. Jessie, who is in her sixties, now looks thirty years younger! Effie and Brenda are immediately leery of this new business in town. So they begin a surreptitious investigation of The Deadly Boutique. And so the story of Brenda and Effie starts off, with this book the first in a series of six books so far.

Brenda and Effie are priceless and I really enjoyed reading this first book of the series. I just stumbled across this gem accidentally and I am so glad I did. I already have the second book in the series, Something Borrowed, and I am looking forward to reading it!
By the way, Whitby is a real town in England.

Wolf in the Shadows 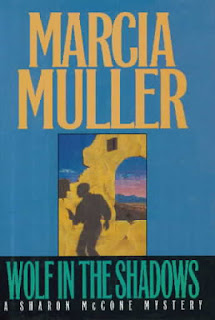 Sharon McCone works as an investigator for a small law firm. She also has a budding relationship with a man of mystery, Hy Ripinsky. But Hy has disappeared, and the security firm that hired him is very angry because the ransom, a Letter of Credit for $2,000,000, has disappeared along with him.
The ransom is for the founder of a biotech firm that is on the cusp on developing a new cancer drug, a drug derived from the tissue of dolphins. An environmental group is claiming to be holding the man as retaliation for the company's use of dolphins in their research.
Hy was hired by the company's security firm to exchange the ransom for the missing man because he knows one of the leaders of the eco-terrorists.
But something goes wrong during the exchange. Hy's rental car is found wrecked and a dead man matching Hy's description is discovered at the site of the exchange. Now the security firm's people think Hy was part of the kidnapping scheme.
So Sharon leaves her job and sets out to track down her lost lover and clear his good name. She will have to get to know a  set of very iffy and nervous individuals and will travel to Baja Mexico, to the home of a dangerous Mexican criminal. In the process, she will discover the truth about this kidnapping and learn a bit more about the man she loves.

This was a good read. I enjoyed the author's writing style, it is clean and clear and comprehensible. It's a good mystery story too, and her hero, the investigator Sharon McCone, doesn't disappoint and doesn't get her ass handed to her like so many women detectives in stories nowadays seem to do.
This is my first experience with this series. And based on this book, I am looking forward to reading more about the admirable, redoubtable Sharon McCone. 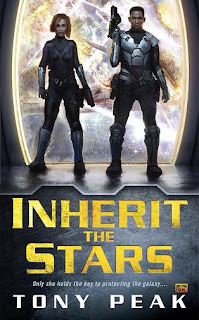 Kivita loves her space ship that she inherited from her father. She makes her living collecting space junk and selling it. Not a good living, but it pays her expenses and lets her keep her ship repaired.
She is hired to find the Juxj Star, a large jewel that is a data storage device filled with ancient knowledge. Certain people, Savants, can access this data mentally. The worlds inhabited by humans and humanoids are in crisis and people need new planets. The Juxj Star could contain the locations of habitable planets, so it is vital that it is recovered and its data revealed.
What Kivita doesn't know is that she is a Savant, one of the most powerful that has come along in generations. But although she doesn't know she is a Savant, powerful people do know and they are determined to gain control not only of the Juxj Star but also of Kivita. She finds herself fleeing and fighting for her life across the universe and in alliance with the last person she expected, her ex-boyfriend.

This book has some interesting ideas and memorable characters and creepy villains. I enjoyed that part. What I didn't care for was all the fighting and battles, which especially dominated the latter part of the book. Descriptions of battles and fights just don't interest me. Too much of this book was all about that.

For another review, see http://thebooknympho.com/2015/11/inherit-the-stars-by-tony-peak/.