The Spell of New Mexico 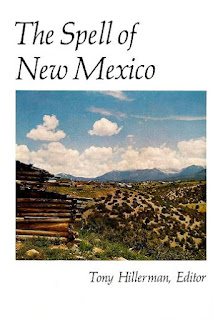 A collection of essays by writers on their perceptions and feelings about New Mexico, both as residents and as visitors. They include Oliver La Farge, D.H. Lawrence, Ernie Pyle, Conrad Richter and C.G. Jung, among others.

This was an OK read. I found a lot of it a bit boring, but the descriptions of the countryside were like a visit to my childhood. I have never been back, but I still miss the place.
Posted by Leesa Dee at 10:01 PM No comments: 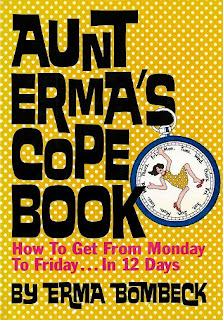 Written in the 1970s, Erma Bombeck takes on the self-help industry as she pretend tries to live her life according to the advice given in several popular books of the time.
Some of the books she lampoons, as near as I can figure out, are:
She also takes on books that analyze shoppers' buying habits, books on understanding body language, books on getting organized, books on living cheaply, books on dealing with guilt and, of course, weight loss advice.

Needless to say, these various self-help programs accomplish very little in her life and she reverts to her old ways, comfortable in her own skin at the conclusion. And she gives a nod to the Gail Sheehy book, Passages,  with a quote from the book on self-respect:

It was fun reading Erma Bombeck's take on the self-help industry and the havoc it can wreak on your life and relationships. I had a slight familiarity with the various books, having heard of them, but never having read any of them. Not that I haven't read self-help books, I have, Just not any of those lampooned by Bombeck in this book. I certainly heard of them, especially The Total Woman, Passages, The Complete Book of Running and Looking Out for #1.
One of the things Bombeck points out is missing in the self-help industry of her day is a lack of humor:


"After reading sixty-two books and articles on how to deal with oneself, I realized something was missing . . . a sense of humor. I cannot believe that people look into the mirror that reflects their actions and behavior and keep a straight face."

This was an enjoyable read, and even though published in 1979, is very much relevant today. 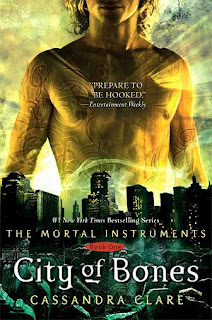 Clary Fray is just a "mundane" teenage girl when she sees something she shouldn't: three teenage Shadowhunters killing a demon. And so begins her adventure in the world of the Mortal Instruments.
In the world of the Mortal Instruments, humans are blind to the other denizens of the world: demons, vampires, werewolves, fairies, witches, warlocks, and so on. All these others, except demons, co-exist with humankind fairly peacefully. Indeed all these others are the result of contamination of humans by demons. Demons are the true enemy, preying upon humanity and the Shadowhunters are there to take them out.
Things go south quickly after Clary's encounter with the Shadowhunters. Not only are they hostile to her and unpleasantly surprised that Clary can see through their enchantments but when Clary gets home, it is to find that her house has been ransacked, her mom is missing and a Clary herself is attacked by a demon-sent monster. Which she manages to kill. Because, as it soon becomes apparent, Clary is not a "mundane" teen girl, she is also a Shadowhunter whose heritage has been hidden from her for unknown reasons.

This is first book in the Mortal Instruments trilogy. It was an OK read. Just the typical story about a group of gorgeous teens who are "special" and set apart from us "mundane" humans. Most of the bad guys in the story, apart from the demons, are all adults that the beautiful, talented teenagers have to fight against and bring down.
So, in conclusion, the story did not capture my interest and towards the last third of it, I just wanted it to be over. I have no plans to read the second book in the trilogy, City of Ashes. 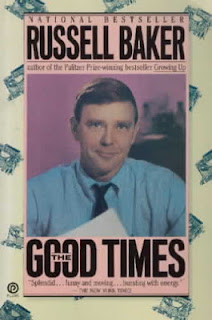 The sequel to Growing Up starts with young Russell getting his first job in the newspaper business: newspaper boy.
World War II intervenes and college, but he gets a job working for the hometown paper, The Baltimore Sun. He was assigned to the police beat, a common assignment for beginners.
He didn't really like the job, but it was a good way to learn the newspaper business. Money was a problem as the Sun did not pay its people well and Baker was desirous of getting married.
Baker didn't have to labor long on the police beat. Before much longer, he was in London, covering the coronation of Queen Elizabeth and living on an expense account. This experience he characterized as the best year of his life. Apparently, everything that followed just didn't measure up.
After London, he went on the White House Press Corps and eventually to working as a reporter for The New York Times.  He moved from being a reporter to being a columnist and father to three children. All in all, he had a very successful career, even to winning the Pulitzer Prize. But the best year of his life was still the year spent in London.
He concentrates on his career in this book, with his wife and kids barely mentioned at all. Towards the end, he realizes that he didn't make his family his top priority and worries about his failures as a father, for which he seems to blame his mother, who always pushed him to do better. He claims that his mother's obsession with success pushed him to focus on it at the expense of his wife and children.

This was an OK read. The first part was better than the latter part. After the London episode, the book starts to get pretty boring unless you are interested in newspapers and reporters. I am not. The book just didn't measure up to the first one for me. 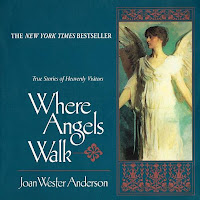 A collection of anecdotes of people's encounters with heavenly messengers or angels. Many of the stories recount instances of angels intervening to prevent people and especially children from being injured.

This was a very interesting read, although I remain skeptical. The stories are supposed to be true, but I have my doubts. I think a lot of this sort of thing is made up or just a delusion. But still I enjoyed reading the tales.